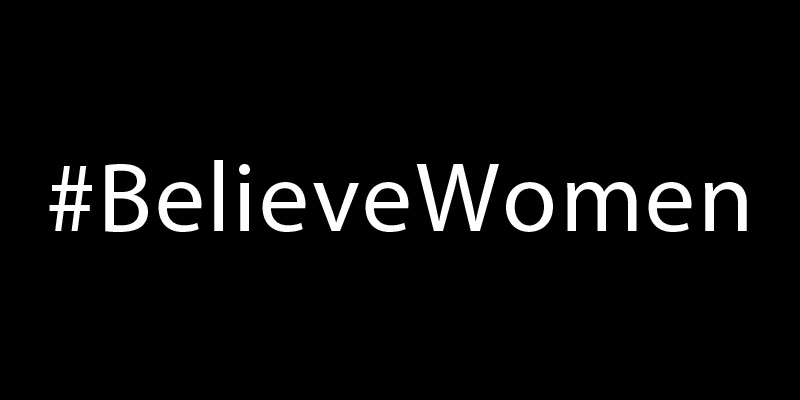 At age 14, I was raped. When I told my Mom what had happened and she called the police, and I felt raped again.

Still reeling from the fear of being killed, still traumatized by being overpowered and my body forcibly entered, I felt violated again by the disbelief of the white male police officers. The police officers had convinced themselves that I wanted it and had created a story about my sexual encounter, so my parents wouldn’t be mad at me. Somehow, they were emotionally blind to the fear in my eyes, deaf to the tremble in my voice and hardened in their hearts to my uncontrollable sobbing and undeniable anguish.

What started out to be a very special day for me on Holy Saturday became the unholiest day of my young life. There was not experience of Easter resurrection or jubilation for me the next day. Only shame, pain, anger, disbelief and profound loneliness.

Because of the experience of being disbelieved and discounted after a traumatizing rape, I knew not to bother telling any authorities or anyone, a few years later when a pastor sexually assaulted me. Who would believe me? The police officers taught me well to keep my mouth shut.

Several months ago, as the #MeTooMovement, initiated by Tarana Burke, was gaining greater public awareness and more women were publicly telling their stories, I was retraumatized. I didn’t realize the extent of my retraumatization until I hit a cab driver as he expressed his disbelief about these women’s stories. He was convinced the women who came forward about Donald Trump, Bill Cosby, Harvey Weinstein and others were just trying to get money or have a moment of fame. Before I knew it, an anger erupted from deep within me and I behaved in a way totally uncharacteristic of me. After I punched him in his arm the third time and saw him laughing, I knew that unleashing my anger on this man would not make a change in his heart. I also knew he was a sexual violator.

Thanks Senator Mazie Hirono (D-HI) for expressing your outrage about the disbelief among several Senators about the allegations of Prof. Christine Blasey-Ford and the and attempts to discredit her. Then, I began wondering how many women elected officials in Congress and state legislatures have been sexually assaulted before and since their public service. How many have been silent about their experiences of sexual assault.

I am grateful for the courage of Dr. Blasey-Ford, Prof. Anita Hill and many others to stand up and speak out. It is critical for more women (and men) to publicly share our stories of sexual assault and harassment. And it is important that we vote. We must vote for more elected officials who trust the integrity of women, who honor women’s experiences and respect women’s bodies.