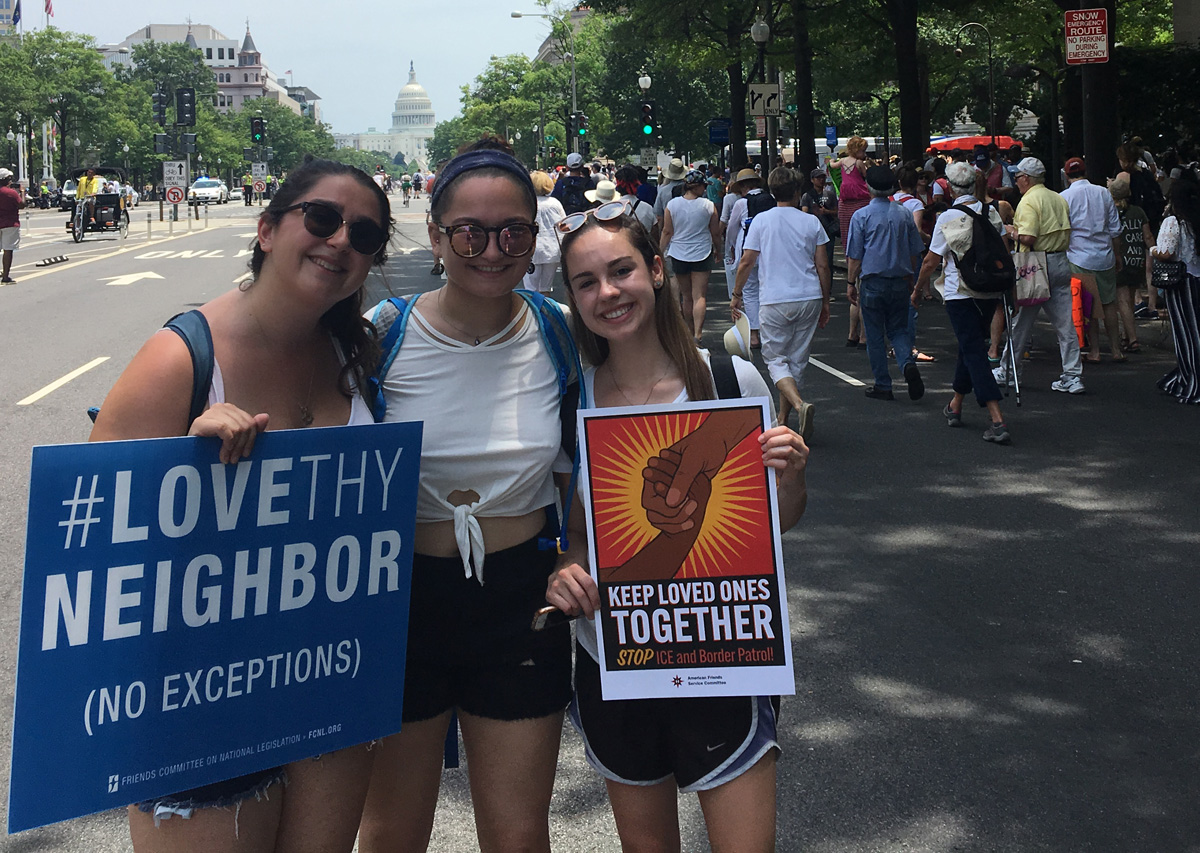 In the past two weeks, I have marched in four separate political rallies in Washington, DC, each time representing communities of faith. On the day of each demonstration, I woke up with a purpose — to pray, to rally, to march and to fight injustice.

Standing in solidarity with so many others at these events helped me fulfill that purpose. So did demonstrating outside the White House, the Supreme Court, U.S. Customs and Border Protection and at the National Mall crowned by the Capitol dome. At these places of power, we refused to let government officials ignore our messages about immigration, family separation, economic injustice and the Muslim ban. But the power of protesting together in song made the deepest impression on me of all. Singing expresses what’s in your heart, as Lin-Manuel Miranda did at one rally, crooning a lullaby from “Hamilton” with tenderness toward immigrant children missing their parents.

Raising our collective voice in song has its own special power, creating an indescribable feeling of influence and community.

During the Poor People’s Campaign march, I joined in singing, “Everybody’s Got a Right to Live.” At the immigration rally for women of faith, we concluded with “We Shall Overcome.” These songs beautifully captured the missions, goals and actions of each protest.

My Song, My Faith

In that moment, I felt solace; I felt movement; I felt action; I felt community. As we were surround by hundreds of others with the same mission, a prayer about Judaism’s call to repair the brokenness in our world bonded our community.

Rabbi Abraham Joshua Heschel has famously recalled, “When I marched in Selma, I felt my legs were praying.” As I sing loudly and proudly, I feel my voice, my body, and my actions are praying and evoking change.

I have continued to sing olam chesed yibaneh either quietly to myself or in a group at every rally I’ve attended. It reminds me that we have to continue to show up at places of power with passion, vigor, enthusiasm and the audacity to never give up.

We Must Keep Fighting

We can and must make change. We cannot fight these battles alone. If we are ever going to fix the injustices of family separation, poverty and the unwelcoming and destructive decisions of the current administration, we must work together, within and across faith communities, as RCRC has always done. Together, we can and will build this world from love, olam chesed yibaneh.

Rachel Dovek, shown at left in the top photo, is in the Machon Kaplan program on Judaism and social justice at the Religious Action Center of Reform Judaism.